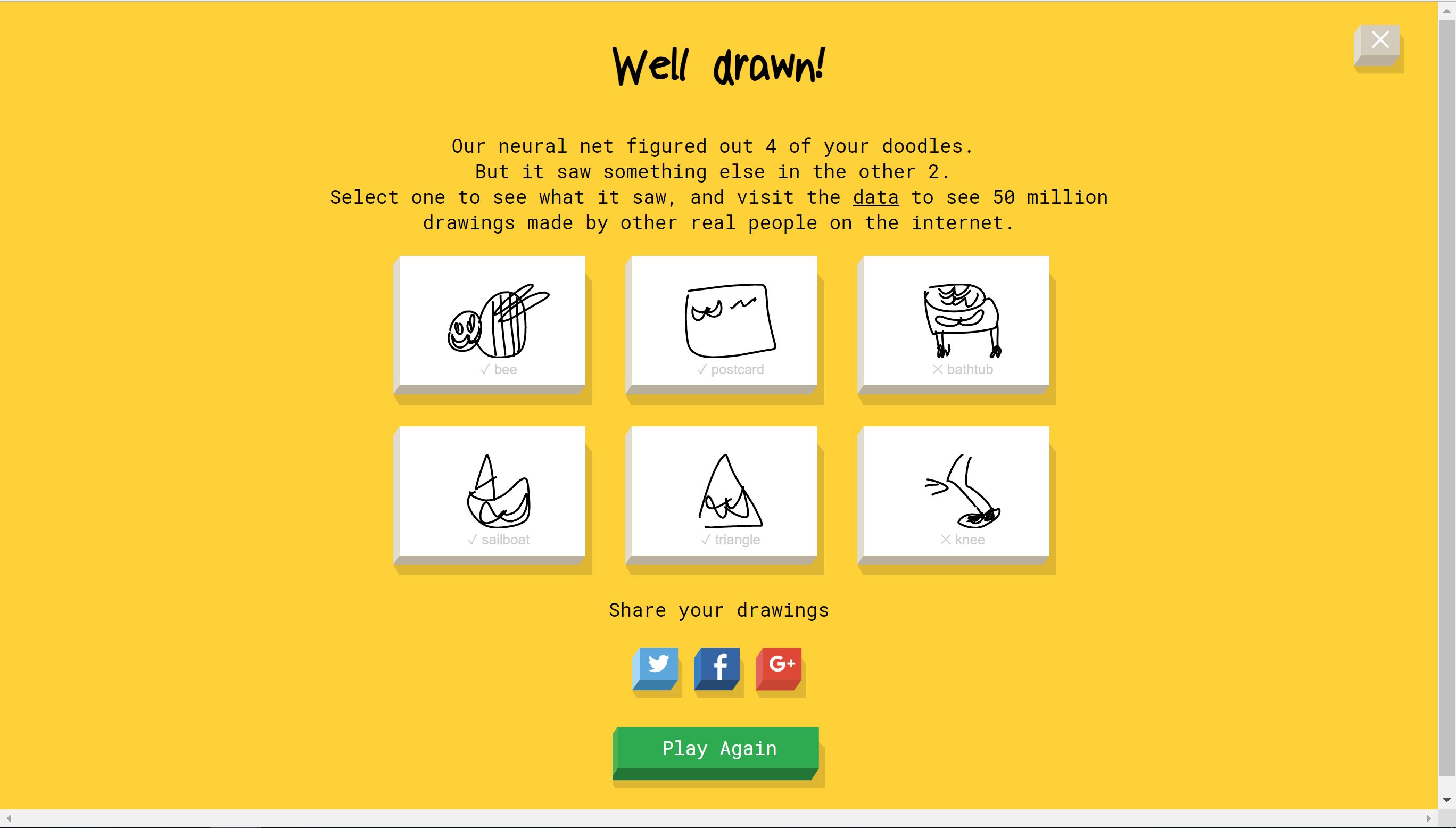 So, for one of my remixes, I had to combine Google Quick Draw and mustaches. Well, I tried! Suffice to say that my drawing skills aren't very good at all! pic.twitter.com/eyniHySsxQ

So, for the base assignment, I had to play Google Quick Draw, and then post my results on twitter. For the remix, I had to “‘stache it”. To “‘stache it”, I decided to draw a mustache on all of the pictures that I drew.

This was harder than I thought it would be! I wanted to also play to game and actually draw what I’m supposed to. However, sometimes it would guess it too quick and I wouldn’t have time to draw a ‘stache! It was quite frustrating! It actually took a while for me to play a game where I could draw a mustache on every picture and have the mustache not look completely like a scribble. Here’s an attempt that I did previous to the one at the top of this. I like how it ended on drawing a mustache, but I couldn’t draw a mustache on the flashlight. That’s why I decided on doing other attempts, although I did post this on twitter in the same thread because I do like this attempt. 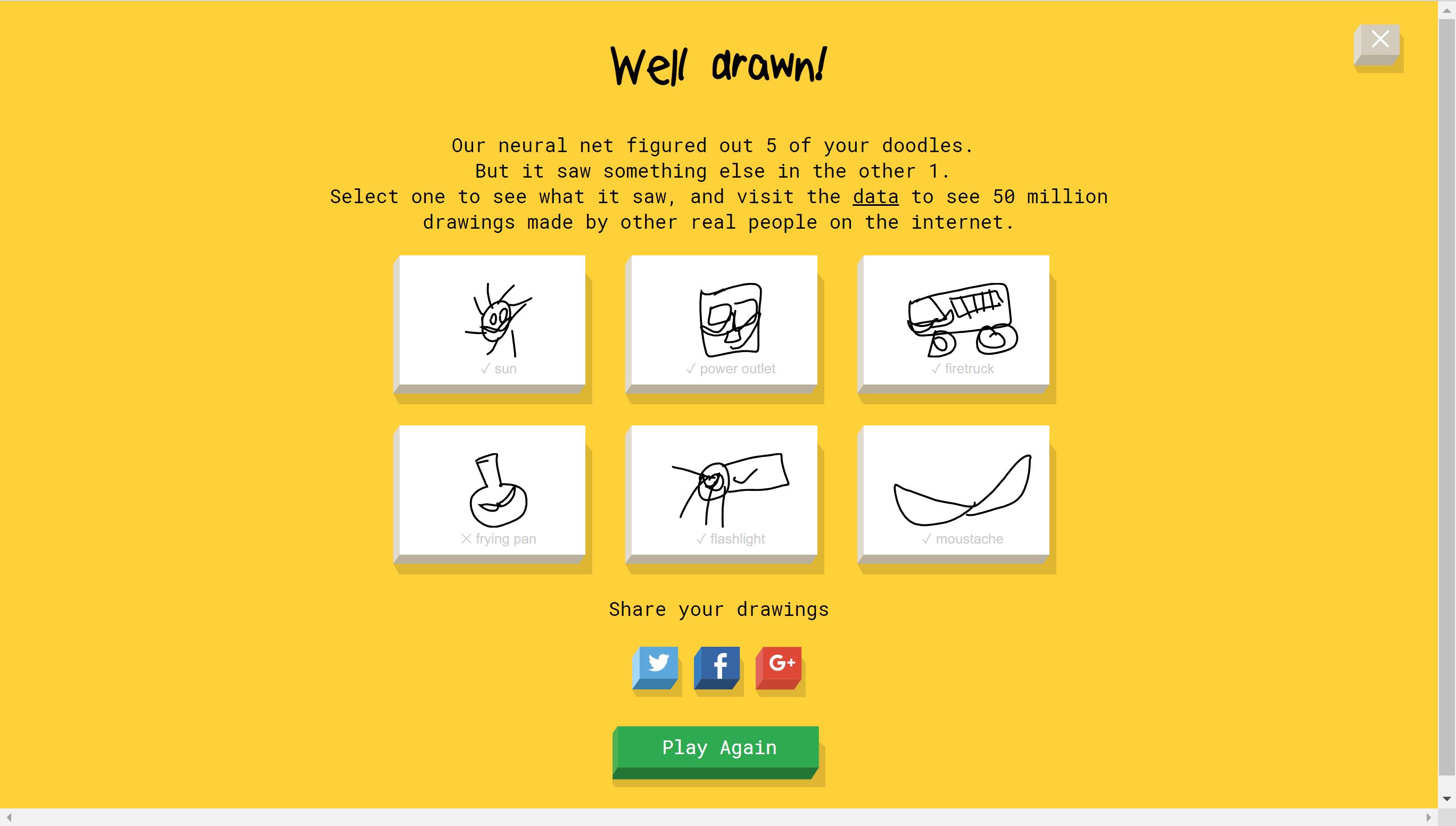 The picture at the top and for my Featured image is one where I was able to draw a mustache on every single one. However, the A.I. wasn’t able to guess all of them. I also wish that I had time to color the mustaches in to look more like mustaches. The knee one is colored in because I messed up drawing it and the A.I. could just not guess that it was a knee!

Altogether, this was a fun game, although frustrating to try and draw mustaches on top of just trying to draw. I also cannot draw, so I can’t say that I necessarily wanted to post these pictures to my twitter! I might have to go and play this game later, sans the mustaches! I also hope that I didn’t mess with the A.I.’s guessing algorithm too much!

House Maisano: A Shadow Stalks About

Through The Eyes Of The Wawel Dragon