So, for this assignment, I had to choose a song with geographic reference, create a Google map with them along with media, and then make a video.

The first thing I did was try and find a song. I google songs that mention cities and I have some. However, I didn’t know any of the songs. I remembered this song, and I liked that I could tell a story (of where the character travels) with this map and video.

I then had to figure out how to record both the map and the video. I didn’t know how to do that. I used the Game Mode on Windows 10 to record. I tried to have the video and the map in separate windows, but when I would click on one, the other would disappear. If the windows didn’t disappear, then Game Mode would only record the window that I started with, and not the other window. I originally just tried using Google maps, not creating a map, but that didn’t work. I also tried using Google Earth, but the whole “recording only recording one window” thing happened. Google Earth also moved too slowly!

Finally, I decided to just make a Google map like the assignment said to. I did, and I found pictures for each of the 5 places. 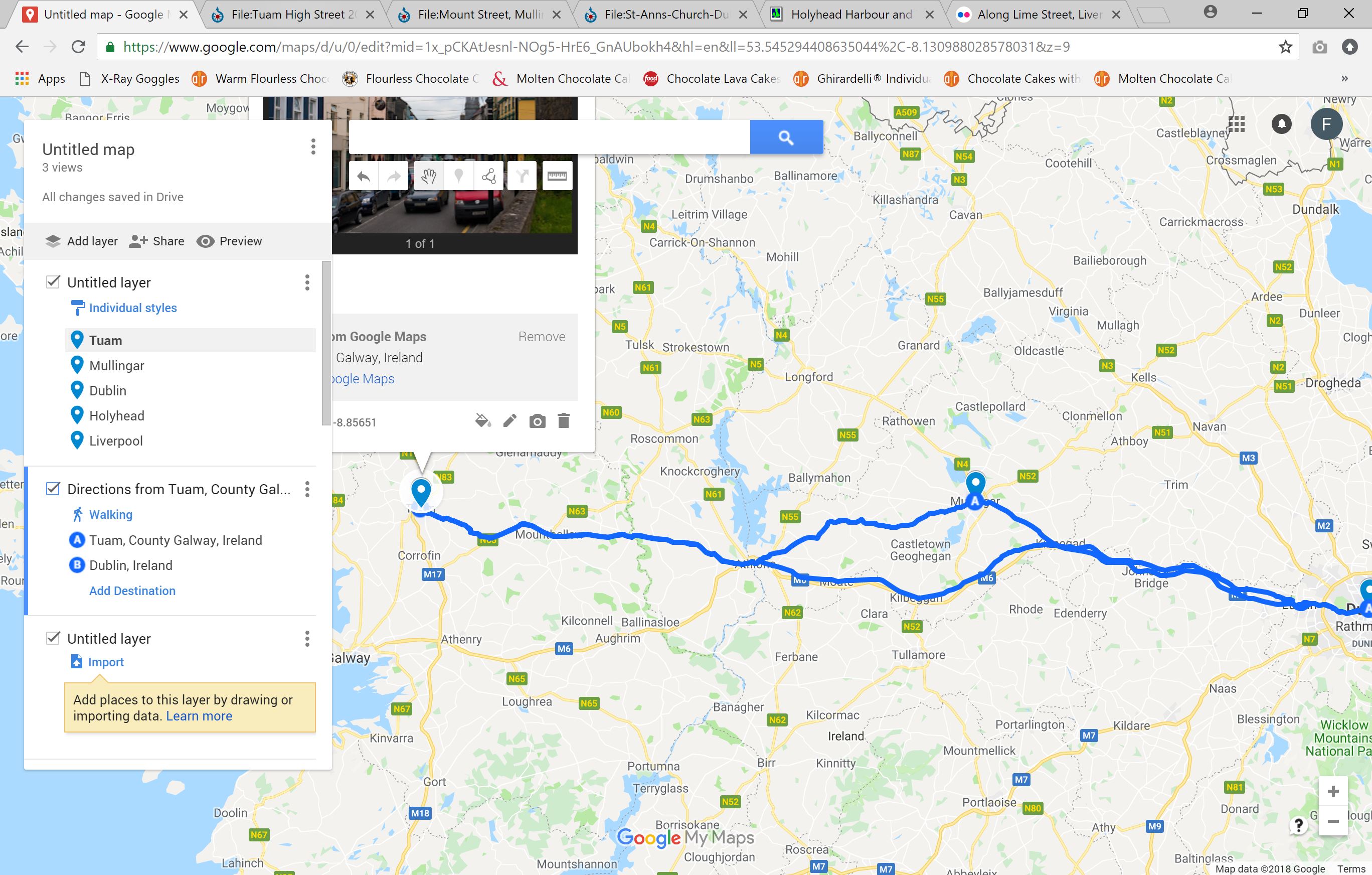 I then decided to just switch on and off between the video and the map. I wanted to have both going at the same time, but I just couldn’t figure out how to do so! I took multiple screen videos until I was happy with what I got. 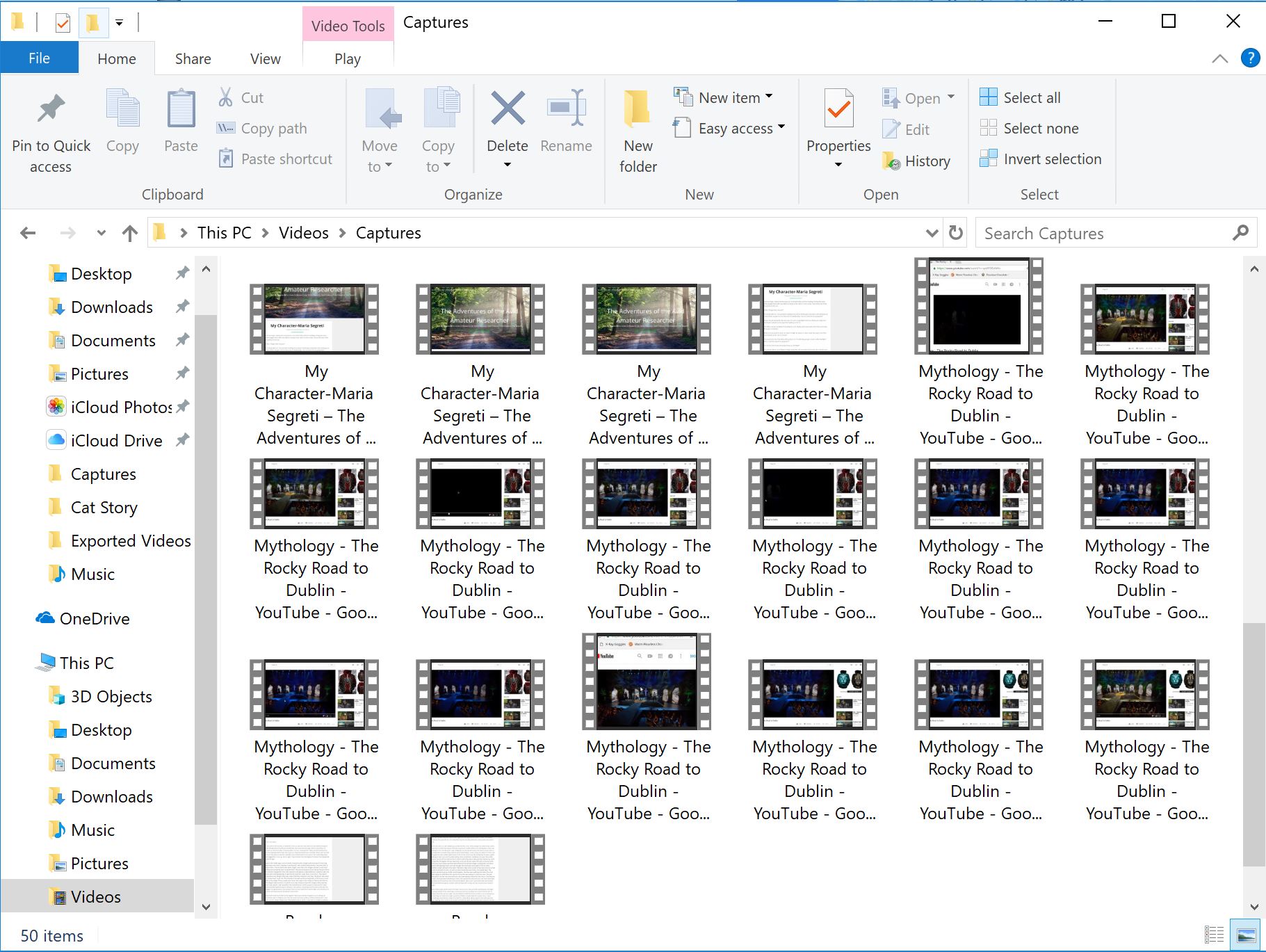 After, I uploaded it to the Microsoft Photos app and added the title picture and the rest of the pictures, including the credits. Then, I uploaded the video and wrote this post.

Overall, this was more frustrating than I thought it would be. I really wanted both the map and the video to on screen at the same time. I do think that I better understand how screen recording works and I did get more practice, which is always good. The song also got stuck in my head for a while, which is either good or bad, depending on if you like the song! I like the song, although I have the look up the lyrics to know what the heck they’re saying!

I just hope that I don’t get a copy strike for this!

This is the video I used:

Mythology – The Rocky Road to Dublin

English: St. Ann’s Church at the eastern end of Anne Street in downtown Dublin on an early morning in March.

Copyright Brian Charlton and licensed for reuse under this Creative Commons Licence.

Extra! Extra! Read All About It!