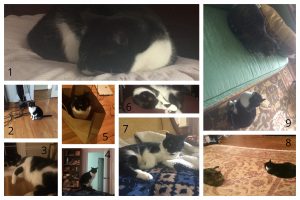 So, for this assignment, I had to make a collage of my pet. I have 2 cats and a dog. This is a collage for my cat Oreo

So, for this assignment, I had to make a collage of my pets. I ended in using the website Be Funky and their collage maker, which I actually found at this different assignment. I chose Oreo since out of our three pets, she is the one we’ve had the longest. She just celebrated her tenth birthday this August! The collage maker was fun to use, although there are feature that you have to buy (which I didn’t), which does detract a bit from the overall experience on the website. It was simple enough. The longest part of this was slowly uploading all of the pictures from my phone into an email to send to myself so I could get them to my computer. Afterwards, using the pre-made collage styles and adjusting them was straightforward. All in all, I think the collage-making was a success and I would use the website again.

So, why this blog title? Well, out of our three pets, she has the most nicknames of them all. We love to give our animals nicknames, and since we’ve had her the longest, she’s accumulated the most. They range from very complimentary to the silly! Here are some I can think of:

P.S. Her actual name, Oreo, is because she looked like a little cookies and cream ball hiding behind our fridge when we first got her. Yes, it is the most unoriginal name for a black-and-white cat ever. My brothers and I were 9!

Here are pictures of Bonny and Henry, our dog, as it doesn’t seem right to not include them! 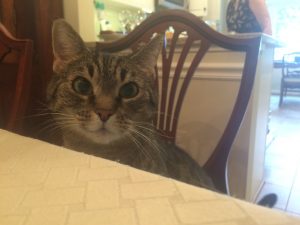 Bonny has the main nicknames of BonBon, BunBun (as in French the female word for good, bonne, is pronounced like bun) Bunny, and Bunaford. Bonny LOVES food, which is why she is sitting at the dining table with me, sniffing at his food! 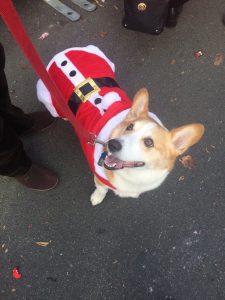 Henry’s biggest nickname is Baby, since he was, and still is, more needy and dependent than our old corgi, and he also used to whine. When we first got him, we accidentally started calling him that more than his actual name. Now, we use Henry more, so he can actually learn his name and come when called. My mom also calls him Lamby, as he is as sweet as a lamb! He loves people and attention, and other dogs, so we brought him to the Middleburg Christmas Festival where we paraded with a lot of other corgis and he got many pets. He loved it, and so did I!

Complex Yet Maybe Not