For this assignment, I had to go through a 2-minute video and pick out the frame that best represents the overall story.

So, first I had to look for a video. YouTube doesn’t let you filter for exact minutes, just short (less than 4 minutes) and long (more than 20 minutes). So, I looked up a variety of topics and filtered for under 4 minutes. I wanted to have it relate to my character and the theme, so I ended up going with the strigoi. It’s the last of the 4 creatures that Maria is most interested in (that scared me growing up). I found this video, which is 2:34 minutes long, from the same episode that scared me when I was little. I still don’t particularly want to watch the full episode, so this is a good compromise!

I didn’t know how to go frame by frame, so I looked it up and found this advice, https://www.quora.com/How-do-you-watch-YouTube-videos-frame-by-frame, which worked. So I watched it fully 1 time at full speed, to get the story of the video, and then went frame by frame to find the frame that I thought best represented the overall story. Here’s what I found. If you want to know my reasoning, watch my video! 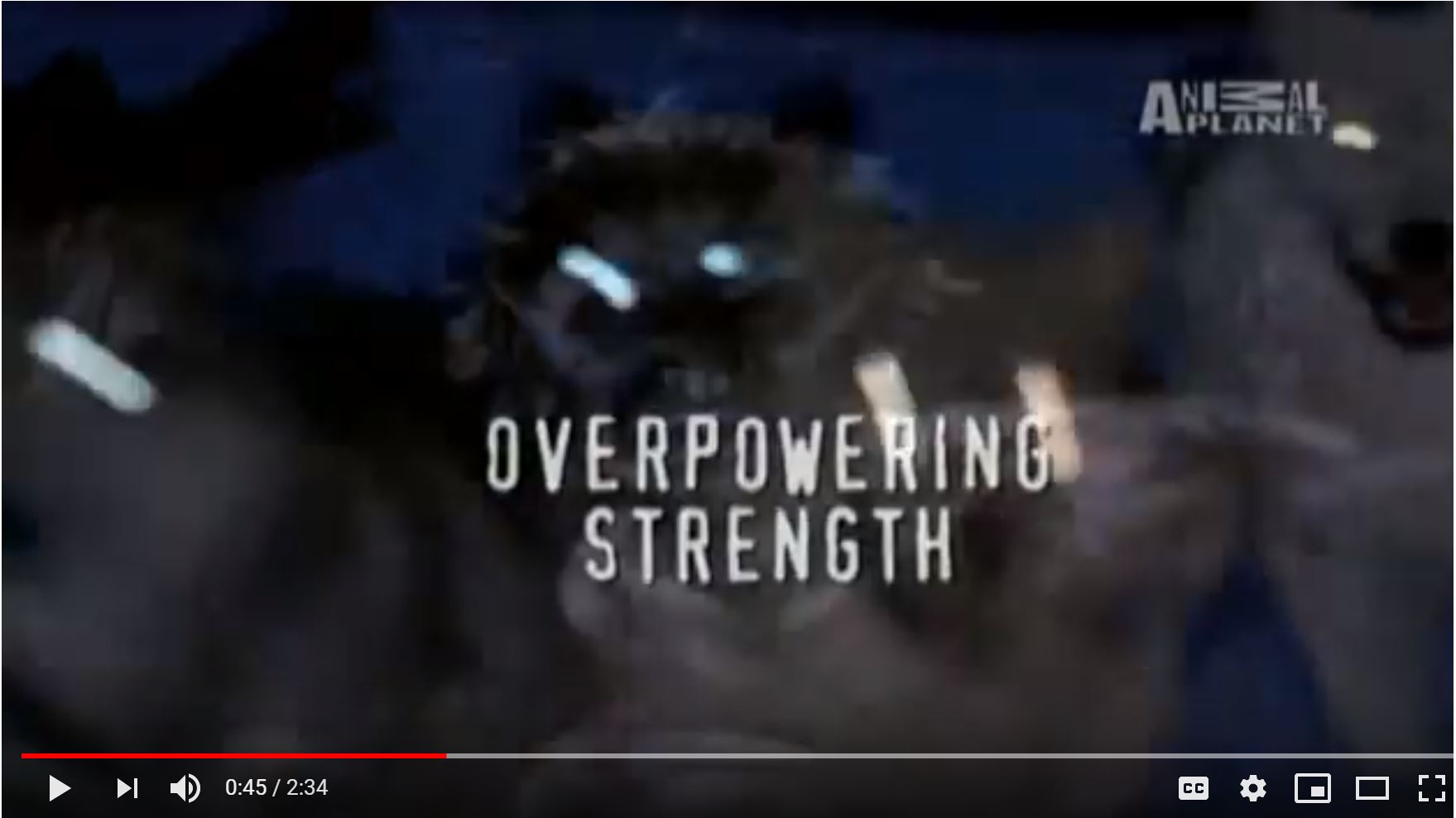 After that, I used 4K Video Downloader to download the YouTube clip, as I knew I wanted to speed it up and put it in my video. I then

I first tried to use OpenShot Video Editor, as I knew that I could speed up the clip in the program. I could speed it up, but then there was so much lag it was almost impossible to do anything. I also tried to make title cards for the text in the video, but those took so long to render that it was not worth it. 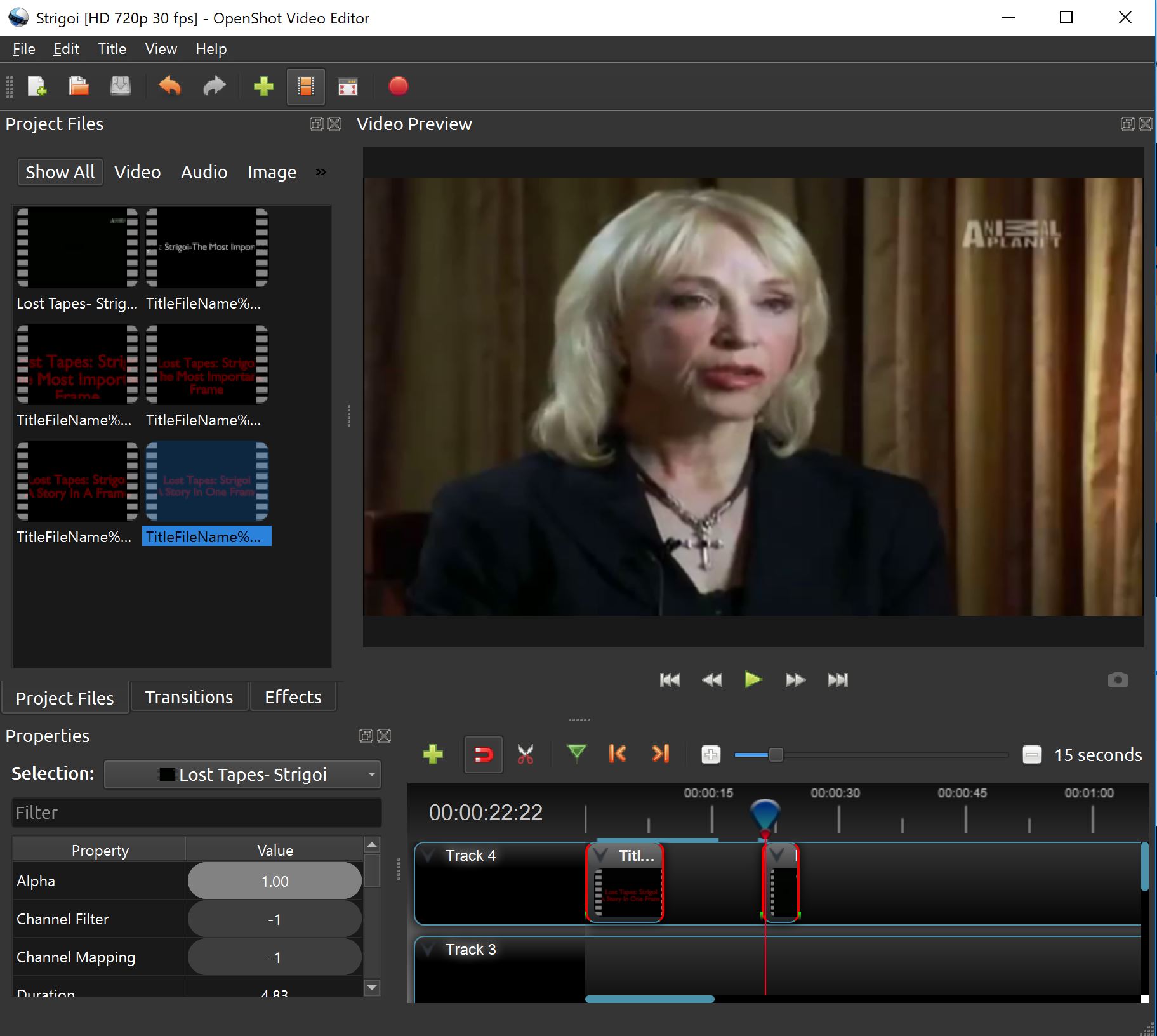 So, I went and used the Microsoft Photos app, which I have found to be more user-friendly. I inserted the frame picture. I then used Kapwing (https://www.kapwing.com/change-video-speed) to change the speed of the video clip. I wanted something faster than 4X, which was the highest it could go, so I did 4X speed, and then reuploaded it to Kapwing and did 4X speed again. Then, I inserted the sped-up clip into the Photos app. I then made all of the pictures/slides of text. I chose the “Adventures” font, since for whatever reason it reminds me a bit of old-school Animal Planet, like Lost Tapes and Untamed and Uncut. The black and orange also reminded me of Halloween, very vampire-y and strigoi-y, and the orange reminded me of the black of the night when the strigoi lurks and the orange is similar to the red blood it sucks (again, I overthink everything). The analysis was not too hard. The hardest part was dividing up the sentences, as the Photos app has a limited to how much text can be added to a single picture. 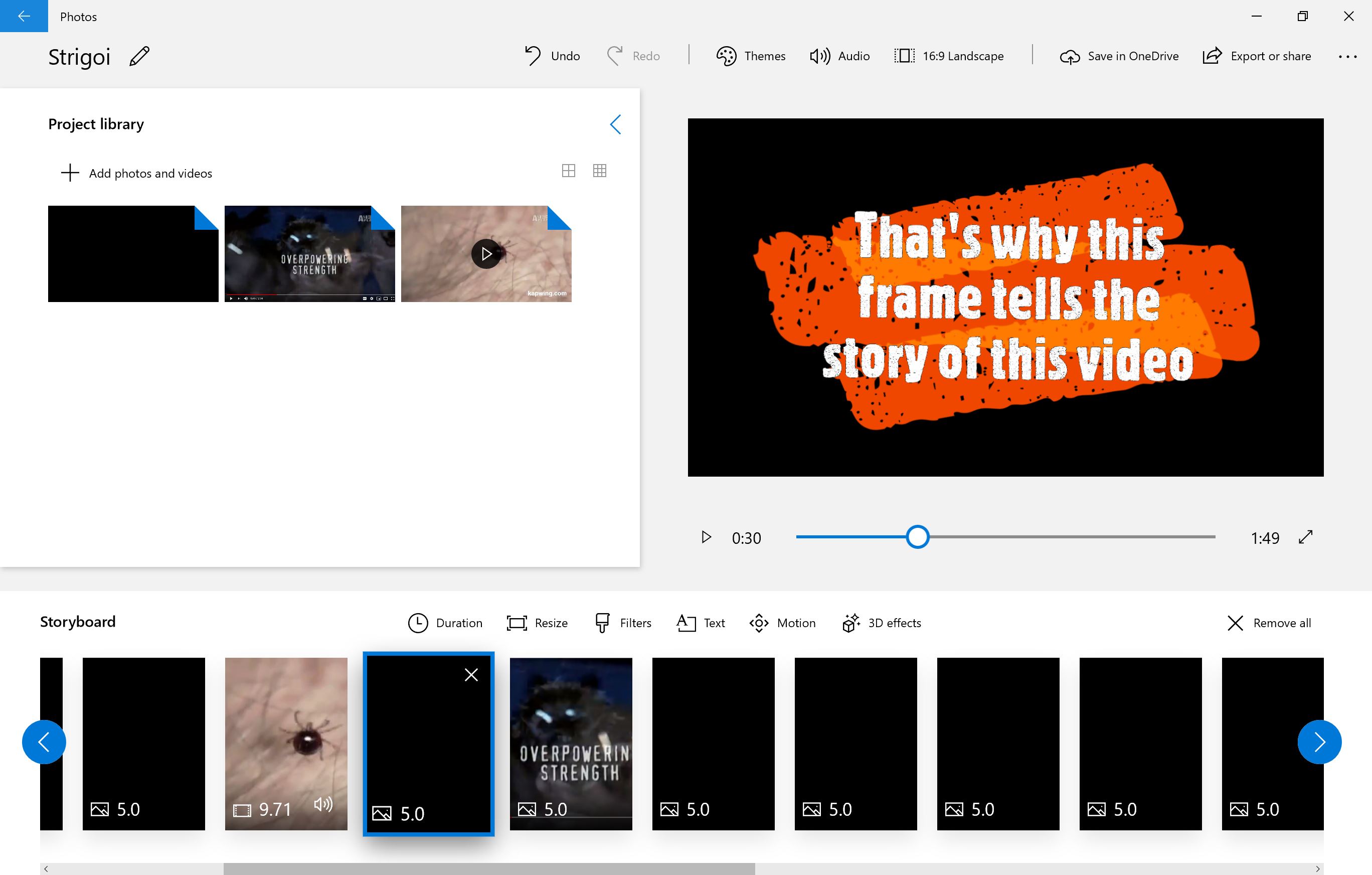 After, I wanted music. So, I went to the YouTube Audio Library and searched for “dark”. I first put the duration to 1:30-2:00, as my video is in that range, but then all of the music were too short! I upped it to 2:00-2:30 and then found “Forest of Fear”. It had the right spookiness, while also being fast enough in tempo to match the bold, moving text and pictures in my project. I downloaded the file and then uploaded it to Audacity. I cut the beginning and end to have the faster part and the right length for my project. I then uploaded it to my project and checked to make sure it fit. 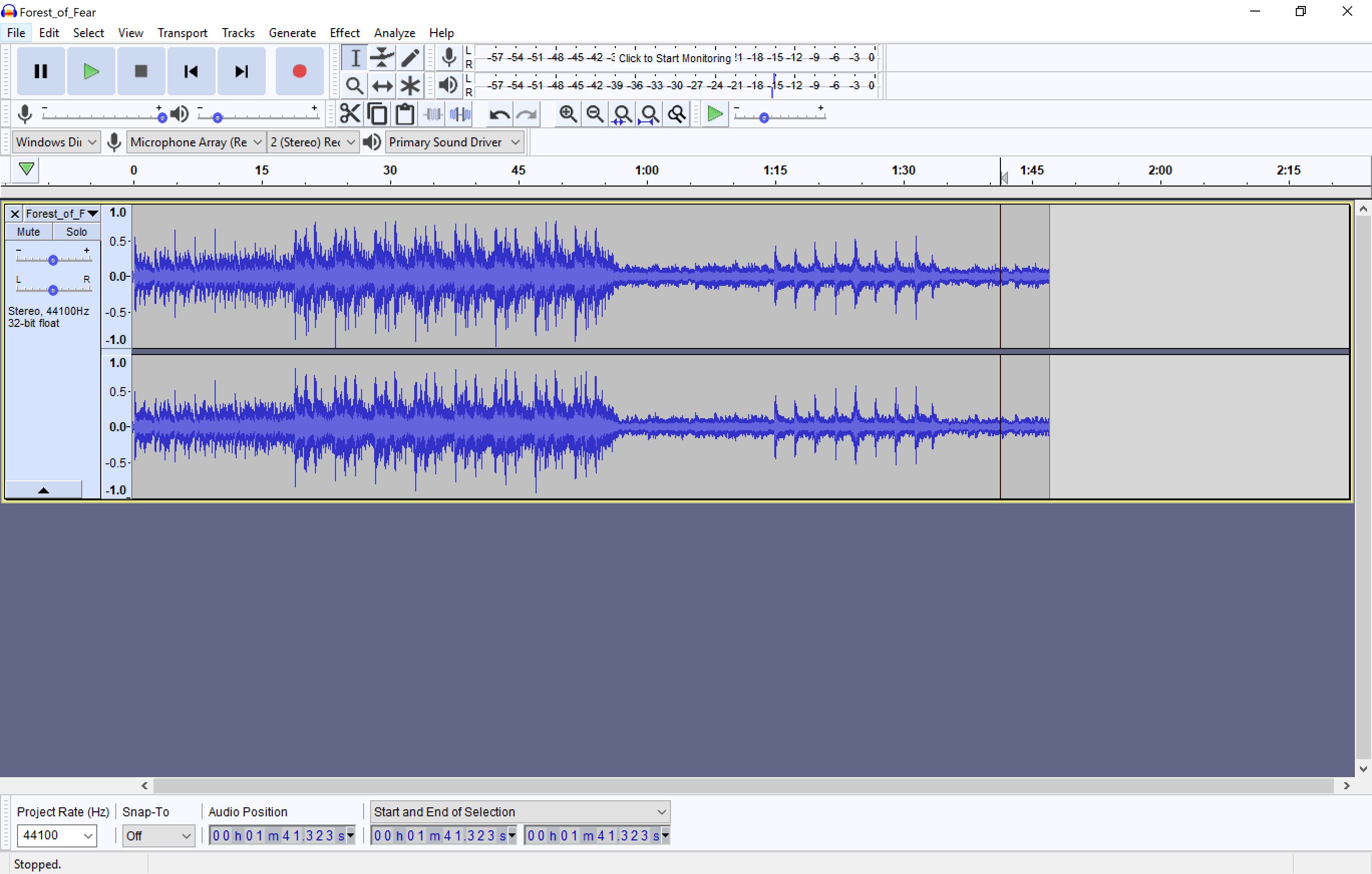 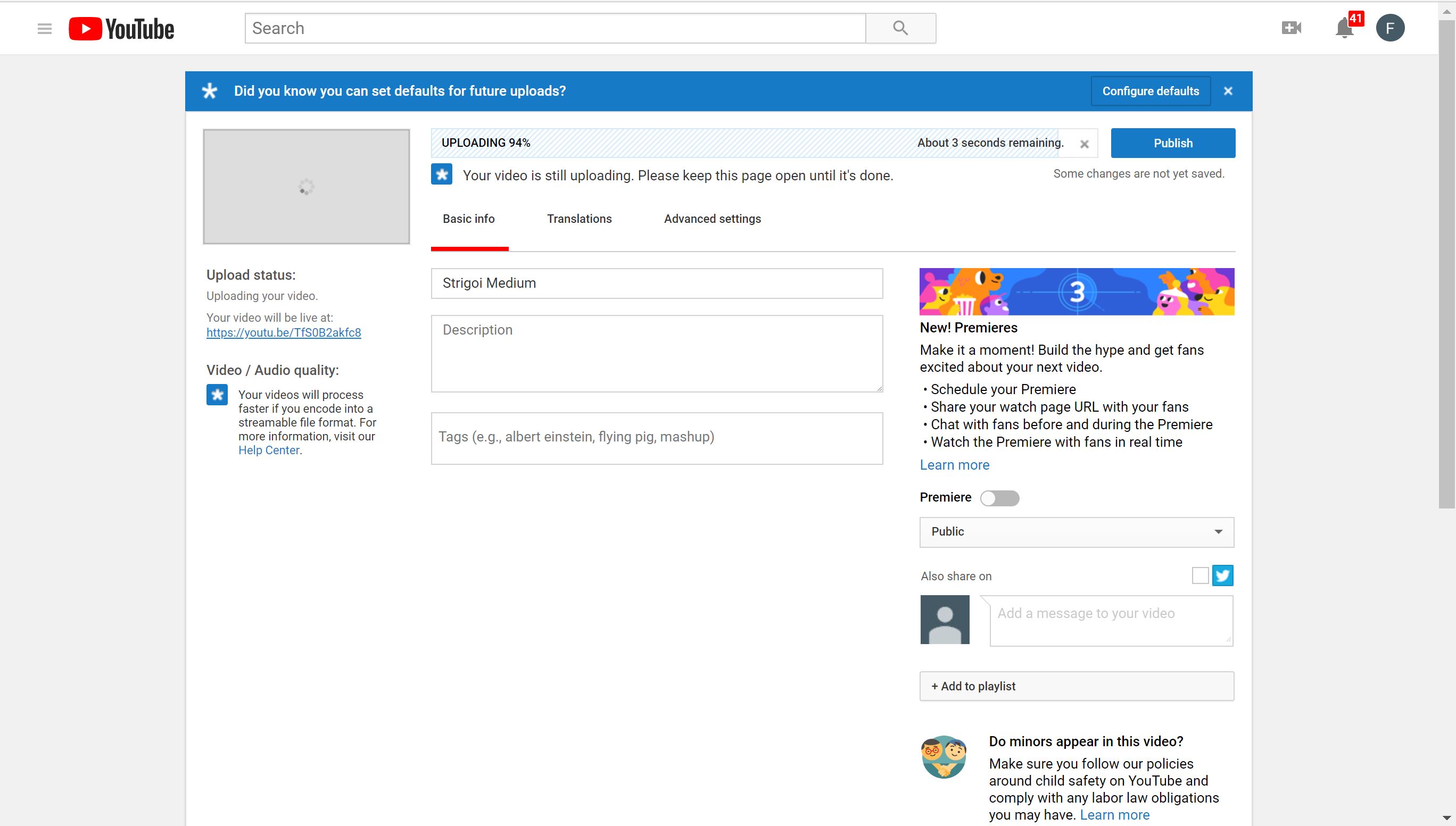 Overall, this was a fun and easier assignment to do, especially compared to the others this week. I think I did learn a valuable skill in being able to watch YouTube videos frame by frame now. It was nice being able to revisit this episode without having to watch the scary parts! It also also nice to be able to complete the 4th and final of Maria’s favorite cryptids/creatures. Maybe I’ll do something more with the strigoi in a later assignment, as this was a smaller assignment, if I get the courage!

P.P.S. The name of this video and post is from the assignment title, which is “Framed”.

This is where the clip came from:

This is where the song came from: